Watch the full video of the panel discussion

Link below: watch the full video of the panel discussion on « Red Sea #corals: when science and diplomacy converge to address climate change and regional stability », that took place on 18 May 2022 at the Maison de la Paix in Geneva. An event co-organised by the Club Diplomatique de Genève, the Graduate Institute and the EPFL in the framework of the Science Diplomacy Week initiated by Gesda.

To carry a message of building trust and promoting a sense of common good at the scale of the whole Red Sea region - and many others - three inspiring panelists took to the stage:

The whole event was a clear illustration of the Transnational Red Sea Center's ambition to build bridges: "Bridging science and diplomacy" in favour of the last coral reef on Earth, but also bridging Lausanne and Geneva in this collective effort for the common good, that of the Red Sea itself and far beyond. Lausanne and EPFL for the Centre's anchorage and scientific expertise, Geneva for its essential role on the world diplomatic stage. Bridging being a typically Swiss speciality, by the way, embodied in that particular case by the Transnational Red Sea Center. With the support of the Federal Department of Foreign Affairs FDFA. 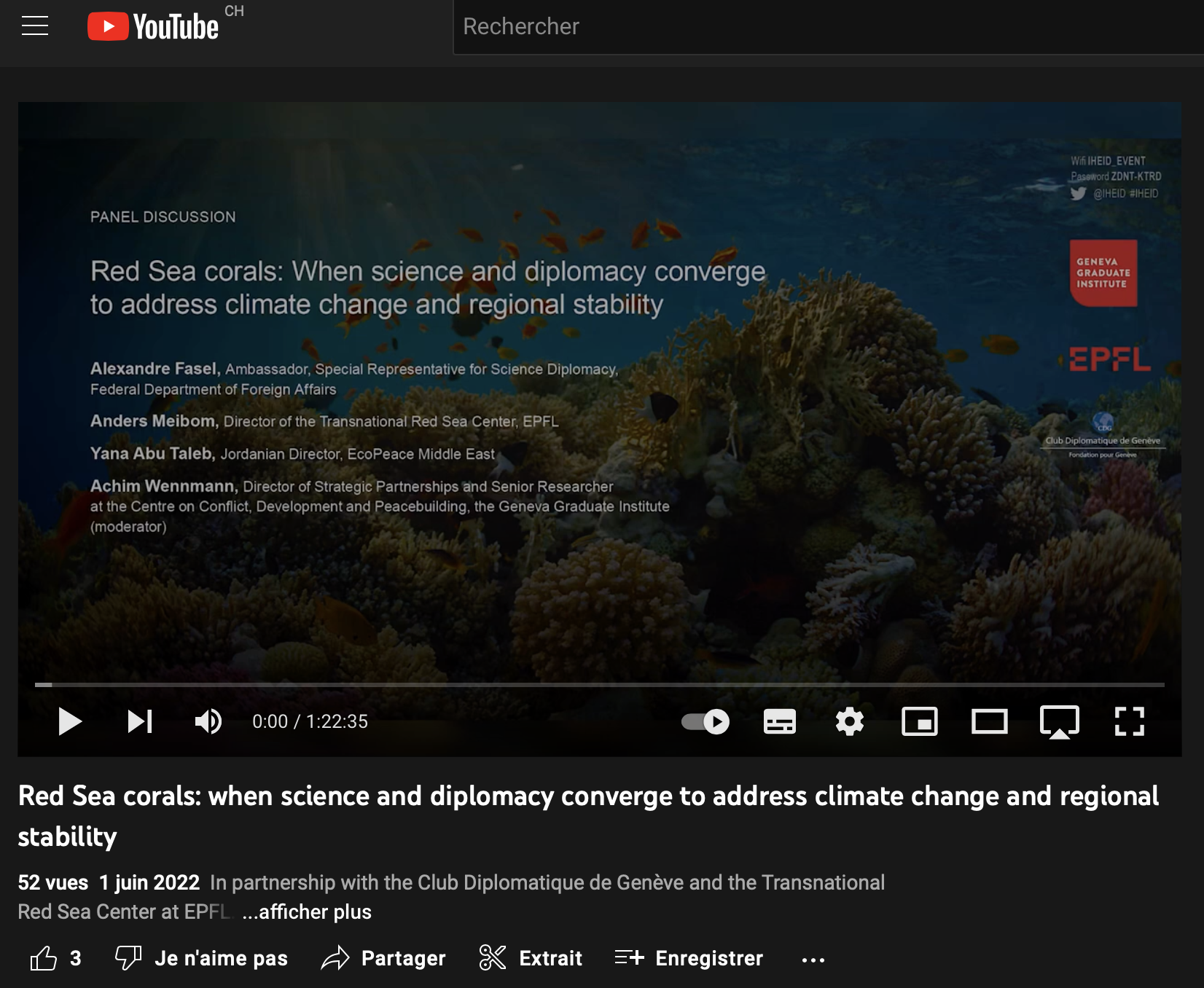 A message of hope and determination

Red Sea corals in the spotlight in Monaco