are pleased to invite you to a public conference as part of the Science Diplomacy Week 2022, initiated by GESDA, on the following topic.

Mandatory registration at info@transnationalredseacenter.org no later than 15 May 2022.

Introduction
While coral reefs are disappearing around the world, the Red Sea has recently embodied the true hope that at least one large coral ecosystem will survive global warming due to the exceptional resistance of its reefs to the rise of water temperatures. How can a regional and inclusive approach to preserving these coral reefs be taken when the Red Sea is at the center of geopolitical struggles involving regional and international actors? Can science diplomacy foster engagement between scientists and policy makers to formulate and implement an environmental protection strategy at the scale of the entire Red Sea? It is the ambition of the newly created Transnational Red Sea Center at EPFL, with the support of the Swiss Ministry of Foreign Affairs, to capitalise on similar initiatives and address these questions. For the sake of coral reefs – and regional stability. 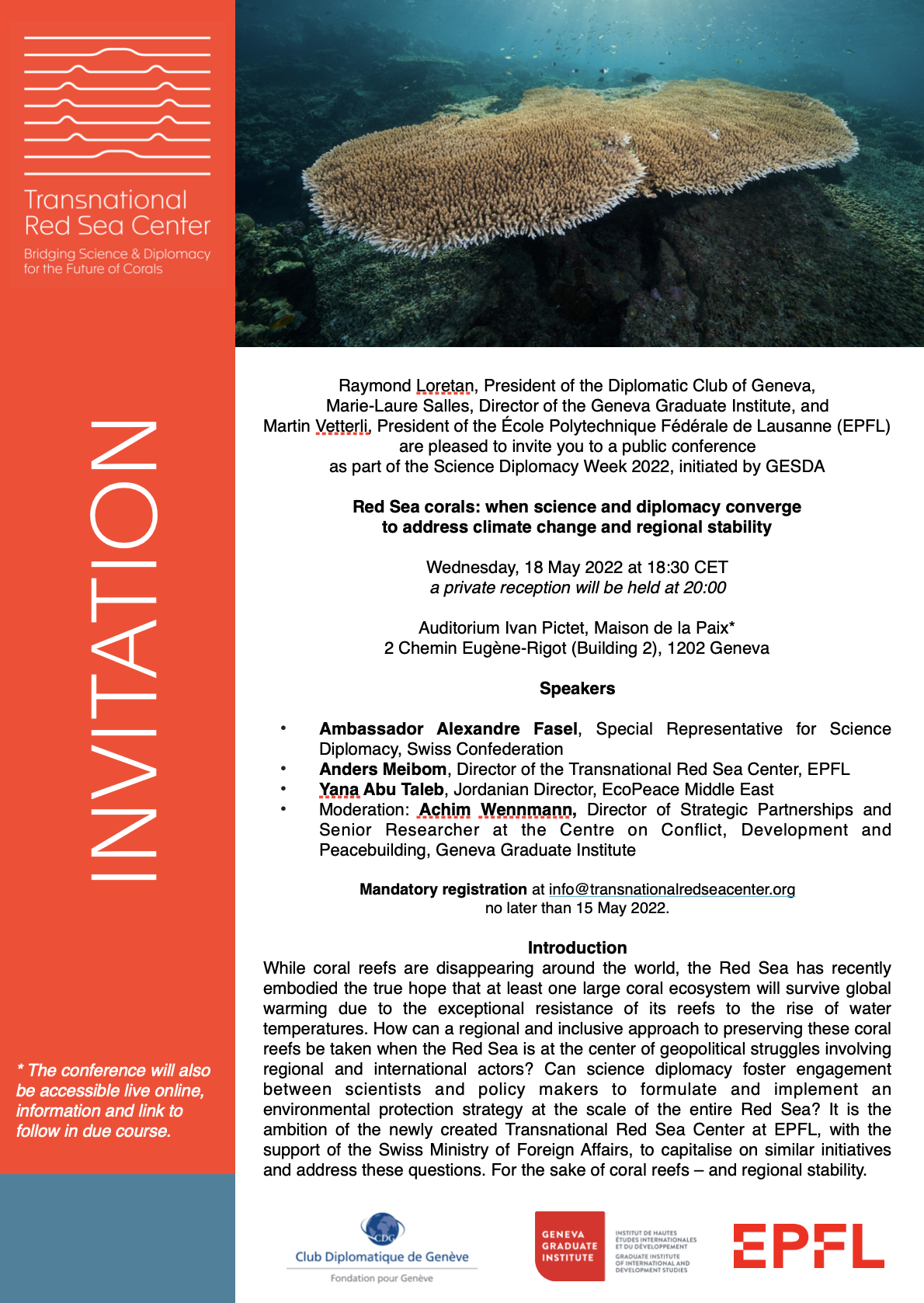 Watch the full video of the panel discussion

A message of hope and determination

Red Sea corals in the spotlight in Monaco